Skiathos is the most popular island in the Sporades. It’s a very green island covered by a thick pine forest and where you can find wonderful long, golden sandy beaches and crystal-clear waters. It is a well-organized island and has all the tourist facilities needed. There are all manner of water sports available at most of the beaches and even a diving center.

The city of Skiathos is the only town on Skiathos Island. It is a relatively new settlement, built in 1829 – 1830 on the site of the ancient city, on two hills situated at the edge of the sea. The ancient settlement was built in 800 BC. It is built on the southeastern tip of the island in a windless bay which separates the small peninsula of Bourtzi and the port of Skiathos in two. In the past it was a fort but nowadays it is really a recreation place. There are few ruins of the old fort left which you can see from the municipal café which operates on Bourtzi and where special events are held. The houses in Skiathos town are small and simple, with two floors and built amphitheatrically one next to the other. The streets are narrow and winding without any typical planning. Skiathos is known as the Mykonos of the Sporades with abundant nightlife – cafes, bars, night clubs and restaurants that go on until the early morning hours.

Skiathos was also the birthplace and home of the famous writer Alexandros Papadiamandis (1851-1911) whose home is now a museum and who the main street of Skiathos is named after.

There are over 60 beaches in Skiathos, all sandy and most easy to get to by bus or moped.

Koukounaries
This is most famous beach of Skiathos and one of the most widely – known beaches in Europe. Koukounaries has been rated 7th best beach in the world and best beach in Greece. It is also known as “Chrisi Ammos – Golden Sand” since the sand there is extremely fine and shines under the summer sun.
This beach offers the visitors its deep-blue, crystal-clear waters and a unique chance for a rest since the forest of Koukounaries reaches down to the sea.
In this forest, there is the lagoon of Strofylia which together with the forest of Koukounaries are a rate aquatic natural reserve, protected under the supervision of the Municipality of Skiathos. There is a large variety of hotels, hostels, camping sites, tavernas, restaurants, bars, “ouzeri”, and cafes in Koukounaries. You are also able to do the water sports of your choice, or even rent a boat or play tennis in on of the nearby hotels.
The beach of Koukounaries is situated on the southwestern tip of Skiathos. Apart from all the above, the sunset is spectacular there and it is something worth experiencing.

Plakes
A small beach located near the town and a nice place for swimming. It consists of a group of huge flat rocks where you can lie and sunbathe.

Tsougrias
This little island is located across from the town of Skiathos and is reachable by boat. It has a nice little sandy beach with clear waters. Frequent boat trips to and from the island from Skiathos Town.

Megali Ammos
Situated a bit outside the town this organized beach has fine sand and crystalline waters. Tavernas and hotels can be found here. Reachable by car, local bus or walking.

Achladies Beach
Situated 2 kilometers from the capital this sandy beach forms a small cove.
It is fully organized and its clear waters are suitable for all kinds of sea sports; wind surfers and water-skis can be rented here.
It is reachable by foot, by car, by local bus or by boat leaving regularly from Skiathos Town.

Kolios
This round-shaped organized sandy beach has crystal-clear turquoise waters and is ideal for sea sports. There are also hotels, tavernas and a camp ground found here. It is located on the south-eastern bay, on the main road of the island which leads to Koukounaries.

Banana and little Banana
Going further along the road from Koukounaries and continuing further south, the road splits in two; one end of the road leads to the sandy cove called Banana because of its shape. It is an organized beach with fine sand and crystal-clear waters, offering a wide range of water sports. If you decide to go to Banana by bus, be prepared to walk for a while from the nearest bus stop. The beach is a meeting place for many young people since it offers water sports facilities, tavernas and cafeterias full of life and action.

The other end of the road continues up to the little bay called Little Banana, a nudist beach separated from the Banana Beach with a huge rock.
It is quieter and smaller than its neighbour with fine sand and crystalline waters.

Platania
This long organized sandy beach is situated next to the beach of Kolios, the two bays forming the shape of a heart. Hotels and organized beach facilities are available here. On the beach is the little church of Agios Taxiarchis where a traditional fair is organized on the 26 of June.

Troulos
This organized sandy beach is located in a cove, just after the beach of Platania and owes its name to the little island opposite (the Troulonissia) which looks like a dome (troulos). There are numerous hotels, hostels and tavernas in Troulos.

Agia Eleni
The bay of Agia Eleni is named after the little country church found there and is dedicated to Saint Helen. This little cove is reachable by a dirt road from the beach of Koukounaries. It is a sandy beach with umbrellas in bamboo and crystalline waters. The sun shines until very late so if you swim there, you will enjoy even its last rays.

Mandraki bay
On the north-western coast, 1 hour from Koukounaries are three lovely bays: Mandraki bay or “Harbour of Xerxes”, Angistros and Elia bay. These beautiful calm coves have an impressive and wild landscape and wonderful waters. They are some of the very few isolated and non-organized beaches in Skiathos.

Megali Asselinos Beach
In the northern side of Skiathos is the bay of Asselinos, a long beach of 14 kilometers. Although it is considered a sandy beach, it does not look like the calm beaches of southern Skiathos. Here the sand is thicker, there are many pebbles and the waters are quite deep and crystal clear. The impressive landscape is magnificent.

Lalaria
Only reachable by boat from the port of the capital, Lalaria is situated on the north-eastern tip of the island and is a dream-like place of an incredible beauty with huge white cliffs rising out of the clear deep blue sea.

To the left of the white sandy beach is a rock forming a natural bridge between the sand and the sea with a hole in the middle composing a sort of submarine passage. The magnificent Blue and Dark caves are located just before Lalaria and are worth being visited by boat.

Vromolimnos
On the western tip of the cape of Kalamaki and in front of a dry swamp, there is this beautiful beach with calm, clear waters and marvelous fine sand. It is full of life and a lot of young people gather here.
This long organized sandy beach of 7 kilometers has nice emerald waters, a taverna and schools for water-skiing, jet-skiing, water scooters, windsurfing and other various sea sports. Next to the water, there are tavernas and cafes, a Beach Volley court and water sports facilities. 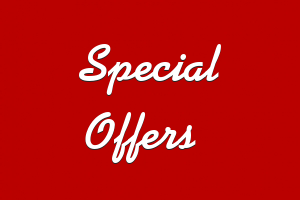